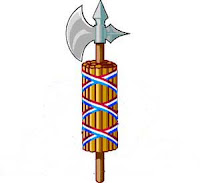 Defining Fascism is most difficult, as there is great disagreement amongst the experts. The term was coined in 1922, when Mussolini, the Italian dictator who was initially a Marxist, came to realize that Italy could not obtain foreign investment as a Communist nation. So, employing a word derived from the Roman "Fasces," which meant a bound bundle of sticks with a protruding ax, symbolizing unity of  people under authority of the state, Italy's Benito Mussolini invented Fascism.

During the twentieth century, the European nations of Italy, Spain, Portugal, Hungary, Germany, plus Argentina in Latin America each adopted a Fascist-style of government. Mostly these nations preserved private property as a means to serve the state. Their economies were put under control of a government bureaucracy that set wages, prices, and profits. Although large industries were forced to comply, the companies were rewarded with elimination of competition and guaranteed financial returns.

Characteristics defining a Fascist state include:
Reference: The New Fascism
Posted by Edna Barney at 8:27 AM