What is Cyprus and Why Care?

What and where is a tiny island called Cyprus and why should we care?
Long ago and far away there was a very old Austrian bank named the Imperial Royal Privileged Austrian Credit-Institute for Commerce and Industry. In Vienna where the bank was based, it was known as "The Creditanstalt." It had been founded in 1855, by the ancient Rothschild family and it became the largest bank of Austria-Hungary. On May 11th 1931, The Creditanstalt declared bankruptcy! This event, in a far off land, in the early twentieth century, resulted in a global financial crisis and ultimately the bank failures of America's Great Depression. 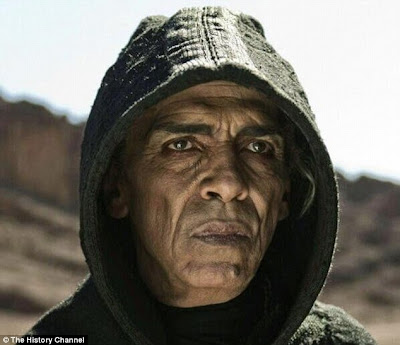 Anyone wondering Why does the devil in 'The Bible' look exactly like President Obama? Apparently, so is The History Channel. HBO is clearly not amused. Is it just another of those numerous 'weird things' described by the cast and crew during their filming of "The Bible?"
Posted by Edna Barney at 8:58 AM No comments:

The Girls on Fox News Song

I Want a Girl Like the Girls on Fox News! Now we know why Fox News is Number One!


Roger Ailes certainly knew what he was doing when he came up with "FAIR and Balanced." WOW! "I betcha that Bill Clinton, when Hillary walks in, quickly switches back from FOX to MSNBNN."
Look What's Happened to the Women of Fox News
Posted by Edna Barney at 5:32 PM No comments: