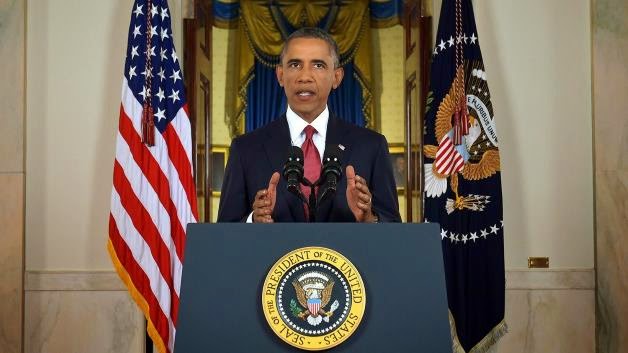 First off - I love the way President Barack Obama pronounces "PAH-kee-STAHN." Secondly, he seized the moment within the first two minutes of his War Speech by declaring himself Pope of all Islam, and immediately excommunicated ISIL (The Islamic State) from the Religion of Peace. "ISIL is not Islamic" the new Pope decreed. It was a powerful performance, especially with the Devil Horns in the background strategically framing his head. No more Messiah halos encircling his countenance. Those days of Hope and Change are gone forever. 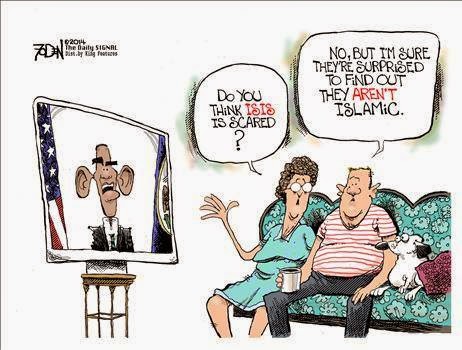 It is the American people who are forcing this reluctant Commander-in-Chief to wage war on America's enemies. Unless wiser persons come forth to lead, it will be the American people who will reap the whirlwind of their President's misadventures. Two years from now Barack Obama will be living the high life, on the golf course each day, whilst ordinary Americans who chose to sleep through historic times, will be weeping for themselves and their children. "For they have sown the wind, and they shall reap the whirlwind: it hath no stalk: the bud shall yield no meal: if so be it yield, the strangers shall swallow it up." -- The Bible

And this is what our geniuses who run the American government posted at the White House official website on September 10th, 2014 (day before 9/11 2014): "Saudi Arabia has an extensive border with Syria." - Senior White House official. We can only hope that they will find a map and look at it before the start World War Three.  But, ... I fear these people running the White House and just NOT smart ... as in intelligent ... to do that!


SENIOR ADMINISTRATION OFFICIAL:  I guess I would just add one thing on the coalition question -- and I think this is important to really focus on, which is to say, in discussions with governments in the region, notably the Saudis and the Jordanians, what is clear is that we have a very common view of this threat.  And this is really quite unusual.

ISIL has been I think a galvanizing threat around the Sunni partners in the region.  They view it as an existential threat to them.  Saudi Arabia has an extensive border with Syria.  The Jordanians are experiencing a destabilizing impact of over a million refugees from the Syrian conflict, and are profoundly concerned that ISIL, who has stated that their ambitions are not confined to Iraq and Syria, but rather to expand to the broader region. (Whitehouse.gov web site as of Septemer 13, 2014) 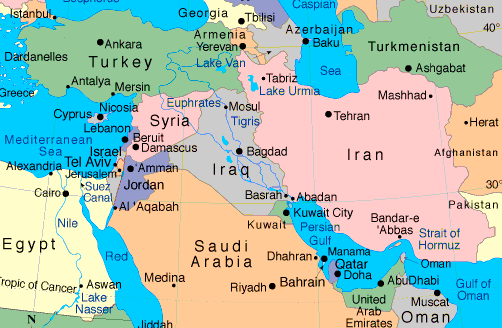