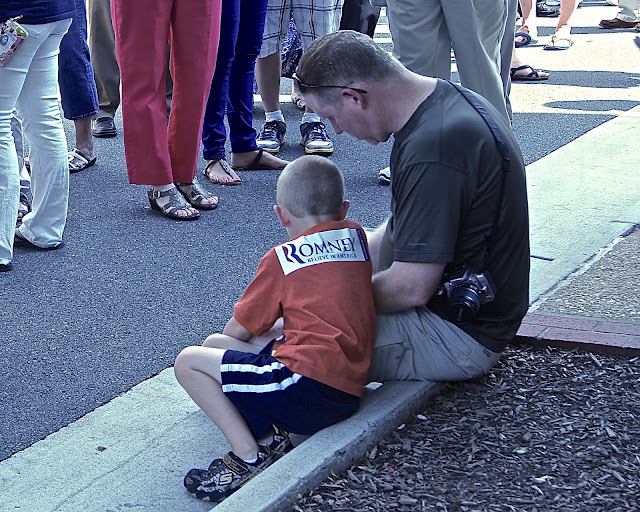 Manassas, Virginia - Mitt Romney Rally
Mitt Romney announced his running mate, Paul Ryan, earlier in the day at Norfolk, Virginia. We stood in line on the streets of Old Town Manassas, Virginia with all ages of people - the elderly, the young, children, moms with strollers, veterans. A typical, mean-spirited, ignorant young Democrat walked by and told us we were nothing but a "Klan Rally." Imagine that? Whoever heard of Republicans attending a Klan Rally. If only the young Democrat knew American history, he would have known that only Democrats are members of the KKK - the Ku Klux Klan. Democrats even had a high-ranking member in the United States Senate until a few years ago.
Posted by Edna Barney at 9:25 AM