Just a 'Kid' With A Bomb

Just another kid aided by the U. S. Government to blow up Americans: “And now, after mastering the English language, learning how to build explosives and continuous planning to target the infidel Americans, it is time for Jihad.”

Department of Justice, 24 February 2011 A diary of Khalid Ali-M Aldawsari, age 20, a citizen of Saudi Arabia and resident of Lubbock, showed that he had been planning to commit a terrorist attack in the United States for years.


One entry describes how Aldawsari sought and obtained a particular scholarship because it allowed him to come directly to the United State and helped him financially, which he said “will help tremendously in providing me with the support I need for Jihad.” The entry continues: “And now, after mastering the English language, learning how to build explosives and continuous planning to target the infidel Americans, it is time for Jihad.”

In another entry, Aldawsari allegedly wrote that he was near to reaching his goal and near to getting weapons to use against infidels and their helpers. He also listed a “synopsis of important steps” that included obtaining a forged U.S. birth certificate; renting a car; using different driver’s licenses for each car rented; putting bombs in cars and taking them to different places during rush hour; and leaving the city for a safe place.

According to the affidavit, Aldawsari conducted research on various targets and e-mailed himself information on these locations and people. One of the documents he sent himself, with the subject line listed as “Targets,” allegedly contained the names and home addresses of three American citizens who had previously served in the U.S. military and had been stationed for a time at Abu Ghraib prison in Iraq.

In another e-mail titled “NICE TARGETS 01,” Aldawsari allegedly sent himself the names of 12 reservoir dams in Colorado and California. In another e-mail to himself, titled “NICE TARGETS,” he listed two categories of targets: hydroelectric dams and nuclear power plants. On Feb. 6, 2011, the affidavit alleges, Aldawsari sent himself an e-mail titled “Tyrant’s House,” in which he listed the Dallas address for former President George W. Bush. The affidavit also alleges that Aldawsari conducted research that could indicate his consideration of the use of infant dolls to conceal explosives and possible targeting of a nightclub with an explosive concealed in a backpack.

The affidavit also alleges that Aldawsari created a blog in which he posted extremist messages. In one posting, he expressed dissatisfaction with current conditions of Muslims and vowed jihad and martyrdom. “You who created mankind….grant me martyrdom for Your sake and make jihad easy for me only in Your path,” he wrote.

Posted by Edna Barney at 5:55 AM No comments:

Antonio Gramsci, born 1891, was a journalist and one of Italy's most influential writers. In his writings, Gramsci accepted Marx's assertion that perpetual struggle between the ruling class and the subordinate working class was the driving mechanism that ultimately made social progress possible. But he rejected the notion that direct physical coercion by police and armies was the method of choice for achieving and maintaining victory in that struggle. Rather, Gramsci held that if a population at large could, for a period of time, be properly indoctrinated with a new “ideology”—specifically, a set of values, beliefs, and worldviews consistent with Marxist principles—a Marxist system could be sustained indefinitely and without coercion or force. In short, Gramsci held that Marxists needed to focus their efforts on gaining “hegemony” (i.e., control or dominion) over the core beliefs of non-Marxist societies; to change the population's understanding of what constitutes basic common sense.

Such a development, said Gramsci, would never occur naturally as a result of some inexorable, unseen, “historical laws” that Marx had accepted as axiomatic. Rather, Gramsci called for Marxists to actively spread their ideology in a gradual, incremental, stealth manner, by infiltrating all existing societal institutions and embedding it, largely without being noticed, in the popular mind. This, he emphasized, was to be an evolutionary, rather than a revolutionary, process that, over a period of decades, would cause an ever-increasing number of people to embrace Marxist thought, until at last it achieved hegemony. Gramsci described this approach as a “long march through the institutions.” Among the key institutions that would need to be infiltrated were the cinema and theater, the schools and universities, the seminaries and churches, the media, the courts, the labor unions, and at least one major political party. According to Gramsci, these institutions constituted society's “superstructure,” which, if captured and reshaped by Marxists, could lead the masses to abandon capitalism of their own volition, entirely without resistance or objection.

In this regard, Gramsci’s views bore a great resemblance to those of the famed godfather of community organizing, Saul Alinsky, who likewise viewed Revolution as a slow, patient process requiring the stealth penetration of existing institutions that could then be transformed from within.

Gramsci saw clearly how to produce socialism. America, like all failed nations before her, has embraced it. Antonio Gramsci

This is why Obama, Hitler, and Lenin are conflated.
Posted by Edna Barney at 8:44 AM No comments:

COEXIST is the symbol for the American Multicultural Fascism Movement.


"A fascist is one whose lust for money or power is combined with such an intensity of intolerance toward those of other races, parties, classes, religions, cultures, regions or nations as to make him ruthless in his use of deceit or violence to attain his ends."

"The American fascists are most easily recognized by their deliberate perversion of truth and fact. They use every opportunity to impugn democracy. ... They claim to be super-patriots, but they would destroy every liberty guaranteed by the Constitution. They demand free enterprise, but are the spokesmen for monopoly and vested interest. Their final objective toward which all their deceit is directed is to capture political power so that, using the power of the state and the power of the market simultaneously, they may keep the common man in eternal subjection." Vice President Henry Wallace, April 1944.

You Will COEXIST or Else!

Posted by Edna Barney at 2:11 PM No comments:

Black Americans have already forgotten about the Reverend Martin Luther King and his Dreams. These days they are celebrating and cheering Beyonce and Jay-Z and their extravagant lifestyles which involve travel to an apartheid nation and the exploitation of Cuban Black slaves.

Beyonce Carter, an American music superstar is currently vacationing in Cuba with her husband, music mogul Jay-Z. As very special friends and contributors to Barack Obama and the Democrats, they are entitled to VIP guest status of the apartheid dictatorship Cuba. Beyonce is enjoying luxuries offered in Cuba only to foreigners, from the labor of Afro-Cuban slaves owned by the Castro regime. Beyonce's fans have been enthralled with stories and photographs of the beautiful couple celebrating their wedding anniversary while strolling the streets of Havana. Their huge entourage of bodyguards and handlers are courtesy of the Castro dictatorship. Except for a few "mean-spirited" Republican Cuban-Americans, there has been no outcry over their incredibly insensitive decision to vacation in Cuba and provide support and publicity for a racist regime that would have imprisoned her and her outspoken husband if they had had the misfortune of being born Afro-Cuban instead of African-American.
A Tale of Two Black Women in Cuba 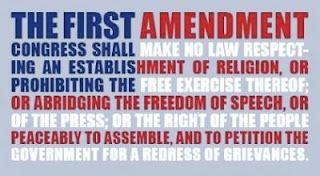 GLEICHSCHALTUNG is translated to English as "forcible coordination."

Gleichschaltung has historically been utilized to bring about adherence to specific doctrines and beliefs and to coordinate the lives of a nation's citizenry. "Forcible Coordination" is now successfully underway in America with the ascendency of Abortion on Demand, Gun Control and Homosexual Marriage. Those Americans who do not accept the Government's stance are cast out as Haters, Homophobes, Racists, Bigots, Anti-woman. Religious and cultural institutions in disagreement with the government's goals will be destroyed.

In the next few years expect to see Forcible Coordination implemented to coerce Americans to accept the harvesting of eggs and sperm from aborted fetuses as a loving concept to provide children for same-sex couples unable to naturally conceive and enjoy families. Citizens and Churches expressing revulsion at the creation of babies whose mothers were never born, will, once again, be labeled Haters, Bigots, Anti-gay, Anti-child, etcetera.

PAST IS PROLOGUE - From 1933 to 1937, Germany implemented Gleichschaltung to successfully eliminate all organizations that could potentially influence people against National Socialism, including trade unions and political parties. Critics of the German government's agenda were suppressed, intimidated or murdered. Influence of the churches was assailed with establishment of the Ministry of Ecclesiastical Affairs. Organizations that the government could not eliminate, such as the education system, came under government's direct control. Hello Gleichschaltung. Welcome Totalitarianism.
Posted by Edna Barney at 9:36 AM No comments: